HomeTips and AdvicesWhat Is An Electric Car

What Is An Electric Car

Electric cars (EV) becoming more and more popular. As a result an EV future where only hybrids and electric cars exists, may not be so far away. Volvo announced that will electrify its entire vehicle line by 2019. They hope to sell one million of the electric and hybrid cars by 2025. Jaguar Land Rover plans to electrify its entire vehicle lineup by 2020. GM plans to go all electric by 2023.

But first, what is an electric car?

Electric cars run on electricity. Unlike conventional vehicles that use gasoline or diesel-powered engine, electric cars use an electric motor powered by electricity from batteries or a fuel cell. 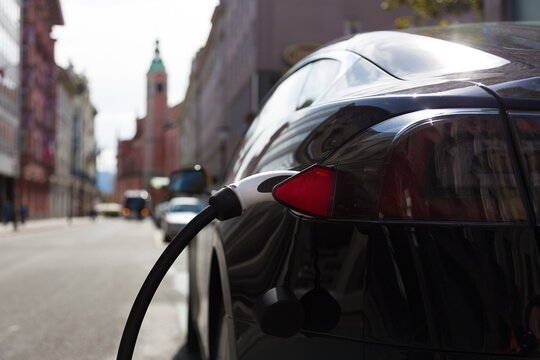 In order to charge an electric car, you need to plug it into a source of electricity. Usually, your domestic supply, a public charging point or a charging point at your place of work, if one is provided. Most certainly we are here to make this part easier for you. Check here our EVCharge+ charging stations.

The time it takes to charge can vary depending on the size of the car’s battery pack (measured in kWh), the speed the battery is able to receive the charging and the type of charging point you’re using.
As electric vehicles become more popular, soon you will be able to charge at home, at work, on public places and parking lots.

Why choosing an electric car

Electric cars offer many benefits including high energy efficiency, reduced emissions, and strong performance. First, an EV may cost a little more to buy, but the running costs are less than for a petrol or diesel car. This is because electricity costs significantly less than petrol or diesel. For example, if you charge your electric car overnight, it could cost you as little as 7€ for a full charge rather than the 60-80€ for a full tank of petrol or diesel. All-electric vehicles are also high performance vehicles whose motors are not only quiet but require less maintenance. Also, another beauty of electric cars is that they don’t contribute to local pollution.

EVs are great for drivers who want to reduce emissions, reduce fuel costs, and drive nice vehicles. With this , we are looking forward to a more greener future.

One thought on “What Is An Electric Car”

We use cookies to ensure that we give you the best experience on our website. If you continue to use this site we will assume that you are happy with it.OkCookie Policy